Sporting occasions are an opportunity to bring the country together in a shared passion as we all get behind a common cause. Of course (and despite the old saying to the contrary), it’s not just the taking part that counts. It’s even better when we win. From football to cricket or horse racing to the Olympics there have been times when our sporting heroes have managed to secure victory – and it’s times like these which often cross over into our other great national pastime, that of stamp collecting. 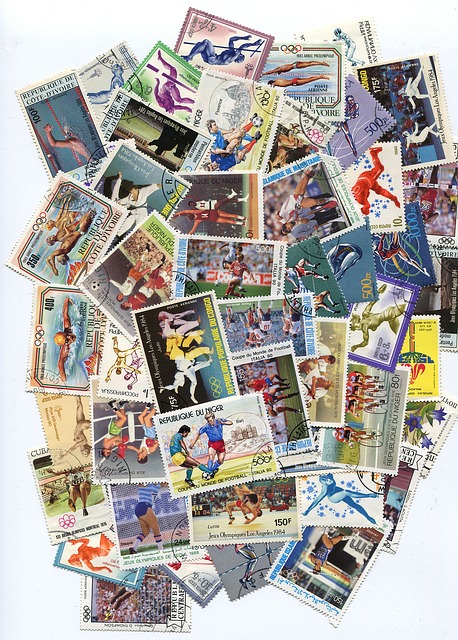 Meanwhile, the women’s collection features the triumphant celebrations following the defeat of India at Lord’s in 2017.

Cricket has been a previous source of inspiration for stamp designers. To mark the centenary of county cricket in 1973, a number of stamps were released in homage to one of the greatest cricketers of all time – WG Grace.

When Andy Murray ended the 77-year wait for a British men’s champion at Wimbledon in 2013 by beating Novak Djokovic, Royal Mail released four stamps to honour his achievement.

It wasn’t the first time Murray was featured on a stamp. A next-day gold medal stamp was issued after his men’s singles win at the 2012 London Olympic games.

In fact, this was part of an Olympic-themed series which saw stamps being printed in record time each time a gold medal was won. Other sporting greats to be celebrated in this way include rowers Helen Glover and Heather Stanning, and cyclist Bradley Wiggins.

To celebrate England’s victory in the football World Cup in 1966, there was a rush to print a huge run of commemorative stamps and meet public demand. However, the quick turnaround meant that there were errors – with some misprints and colour variations commanding a greater price in today’s market.

If you would like a honest appraisal of your sport-themed stamp collection, just get in touch.

Tony Lester’s next stamp auction will be held on November 17. For more information, here’s how to contact us.