The tradition of sending Valentine’s Day cards can be traced back to 1840 in England with the emergence of the Penny Post and the prepaid postage stamp, both thanks to Sir Rowland Hill who was an English teacher, inventor and social reformer who went on to change the face of postage in Great Britain.

Prior to 1840 the price for postage was extremely high. In fact it was the receiver of the letter who had to pay for it, not the sender. The price was so high that for a typical working class person the cost of receiving a letter could cost more than a day’s wage. This made postal communication a virtual impossibility for most sections of society and as families became more extended across the country and left for the cities where there was more work, it was easy for families to lose touch with each other.

However, thanks to the great postal reforms by Sir Rowland Hill, all of this changed on January 10th, 1840 when the Penny Post was launched. This meant that any post up to one-half ounce could be sent anywhere in Great Britain for only a penny. And the sender paid the price this time, not the receiver! 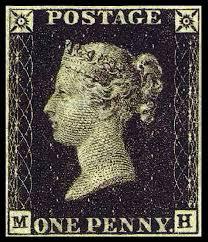 With the huge numbers of Valentine’s Day cards being sent, the variety of cards and their designs were numerous as well. Cards with cupids, hearts, angels, nymphs together with romantic verse became incredibly popular and oddly enough, so did ‘insulting’ Valentine’s Day cards. The latter would mock the intended recipient and denounce their chances of courtship. Whilst we have funny Valentine’s Day cards today, it seems we now draw the line at sending insulting ones and these fell out of favour after the Victorian Era. 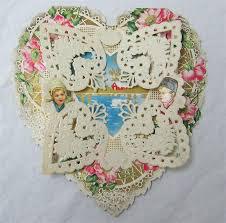 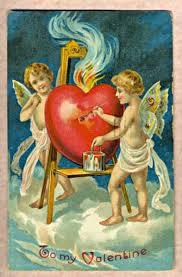 On February 14th millions of people across the UK will send and receive Valentine’s Day Cards and thanks to the Penny Post, the tradition is as strong as it ever has been.