How long have World Cup football stamps been a thing?

How long have World Cup football stamps been a thing?

It all began in 1934 when the Italian postal service issued a set of stamps to commemorate the country’s staging of the football World Cup. Some 84 years on, and with just a few weeks to the big kick off, this year’s host nation Russia is doing exactly the same. And, of course, they’re not doing things by halves. The Russians’ stamp production involves 53 types of stamps and stamped envelopes – this is a country that has never been shy of shouting about itself. 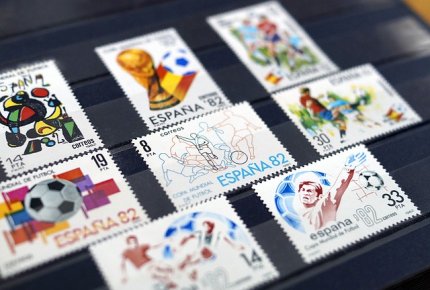 In fact, the Russians have been slapping the World Cup on their stamps for quite some time. Its first issue dates back to September 18, 2015, to mark 1,000 days before the World Cup kick off. Collectors shouldn’t get too excited because some 200,000 copies of this stamp, replete with image of the iconic golden trophy, were released.

Since then, Russia has released stamps featuring distinguished Soviet football players as well as the tournament’s host cities.

It is only right and proper that a sporting occasion of such magnitude should receive recognition on the envelopes of this world. In excess of a billion people watch the World Cup final, making it the most-viewed sporting spectacle on Earth. Even now, stamps celebrating England’s win in the 1966 aren’t exactly hard to find. Some 12,452,640 of the stamps, basically the 4d stamp from the original pre-tournament set, overlaid with ‘ENGLAND WINNERS’ were sold, although the government of the day decided, perhaps wisely, that it wouldn’t be hugely diplomatic to put them on sale in Scotland, Wales, and Northern Ireland.

The only football World Cup not to have been marked by a stamp release is the very first, in Uruguay. From that point on, it became a tradition that every host nation has bought into.

“The philatelic programme offers postal administrators all over the world a great opportunity to play their part in the celebration of world football’s greatest event,” says Thierry Weil, FIFA Marketing Director.

“The programme enables a strong national engagement in a global programme for an event which brings together the world’s best national sides in front of a global audience of billions of football fans.”

To surmise, the World Cup is massive and printing off a few stamps is only right.

Think you have a sporting stamp of value? To find out more and for all stamp valuations, please contact us on 01926 270107 or send us an email here.