History of the UK postage stamp

History of the UK postage stamp

The postage stamp – the Oxford Dictionaries definition refers to it as: “a small adhesive piece of paper of specified value issued by a national Post Office to be affixed to a letter or parcel to indicate the amount of postage paid.” 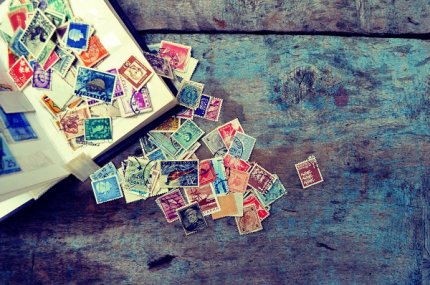 We see and use them in everyday life without really thinking about it, but what is the story behind stamps? Who invented them and why? Read on to find out the who, what, where, when and why of the UK postage stamp.

In the 12th century Henry I appointed messengers to carry letters for the government. Following this, throughout the years, Kings and Queens provided uniforms for these messengers, set up posting houses, and started handwritten notations to show the levels of urgency depending on what they were sending.

In 1635 Charles I made the Royal Mail available to the public, with regular post roads, post houses and postal staff. In 1680, William Dockwra established the London Penny Post, which was a system that delivered letters and parcels weighing up to one pound within the city of London for a total of one penny.

In 1837, British postal rates were high and inconsistent. A man called Sir Rowland Hill came up with the idea of a pre-paid adhesive stamp, to make things easier. At the time, it was normal to pay postage on delivery, charged by the distance travelled and the number of sheets of paper written on.

Sir Rowland Hill announced a competition to find a suitable design for envelopes and stamps, where 2,600 entries were submitted.

The Penny Black stamp was issued in Great Britain on 1st May 1840, and used officially from 6th May. It was the world’s first adhesive postage stamp, used in a public postal system. It was designed to simplify and reduce postage costs and allowed letters weighing up to 14 grams to be delivered at a flat rate of one penny to anywhere in the country.

The design featured a profile of Queen Victoria and laid the foundation of all successive British stamps to display a portrait of the reigning King or Queen. These were known as definitives.

Unfortunately, the dark black ink design made it difficult to see the red ink used to cancel out used stamps, so it was easy to use them again. Within 12 months, the colours were reversed – it was reprinted as a red stamp and the cancellation stamp was changed to black ink. The Penny Red stamp was born, but the Black remains the more valuable of the two. There were just over 68 million Penny Black stamps printed. Unused, with original gum, these stamps can fetch £1000 or more, and fine used ones £80 or more, although space filers in poor condition can be found for less than £20. The British Postal Museum owns the only known complete sheets of the Penny Black stamp.

In 1989, to overcome the issue of having to replace stamps every time postage rates changed, stamps were inscribed for a service – such as 1st or 2nd, rather than having a specific value on them. These continue to be used today however there is still the option to purchase what are called ‘Make Up Values’ stamps, which range from 1p to £5.

The first self-adhesive stamp was issued in the UK in 1993.

It was 2006 that saw the introduction of two new ‘large’ size definitive stamps. This was part of Royal Mail’s new pricing structure which took in to consideration the size as well as the weight of a letter of parcel.

Are you the proud owner of a Penny Black? We do hope you learned something new and useful by reading this.