A brief guide to postal history

A brief guide to postal history

Before the 15th century, the vast majority of letters were simply government official communications or royal communications delivered by official state messengers. Of course, only a small percentage of people were actually literate and knew how to write a letter and read a letter, so most of the letters that we can find today from that period were created by lawyers, judges, priests, merchants and aristocrats. In the 15th century the early origins of the postal network in Great Britain and Europe started and people had to pay a certain fee for receiving letters based on the distance between the sender and receiver and the weight.

If we compare the prices of these services then with the prices today, the prices today are significantly lower and it was the recipient of the letter who had to pay for the service. At the same time, this is the period of our history in which the first postmarks were used and their use became especially important in the 18th century, when the postal network expanded. With the help of these postmarks, people could easily find where the letter was coming from and it was quite easy to estimate the cost. This unique system was used in Great Britain for many decades until it was replaced during one of the biggest postal reforms in British history in 1839/40. This is the time when two significant changes were introduced:

The first change was the introduction of a uniform charge of 1 penny in Great Britain (regardless of the distance) for letters that weighed up to half an ounce and so the iconic Penny Black stamp was introduced. 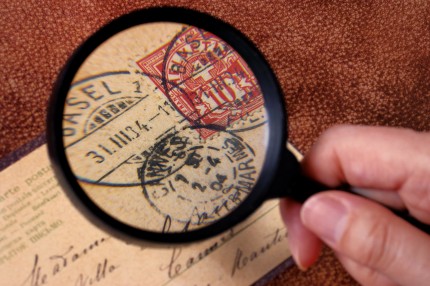 The second change was even more drastic. All the costs were to be covered by the sender and this payment was verified with a distinctive postage stamp. This approach was adopted by all the other post offices across the world and the rest, as they say, is history!