Why Have Rare Stamps Become So Valuable

Why Have Rare Stamps Become So Valuable

The auction sale last year of the 1856 British Guiana 1c Magenta stamp for just under $9.5m dollars and other rare stamps such as ‘The Treskilling Yellow’ which could easily fetch more if it was to come to auction, highlights the fact that very rare stamps have become incredibly valuable. 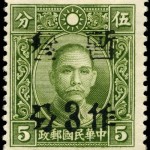 But why is this the case?

Just like any rarity such as a vintage fine wine or a work of art, a very rare stamp holds a similar premium, being highly sought after by a select few. The reality is that there are more wealthy people in the world now than there ever has been and, this being the case, impacts on higher prices being paid at auctions for the world’s most rare and desirable items.

Another factor that has impacted on rare stamp values is the massive growth in China as a global player and the knock-on effect to the number of Chinese millionaires and billionaires that now exist. The Chinese are renowned collectors of art with large sections of their investment portfolios and assets being tied up with fine paintings and objets d’art.

Interestingly the Chinese have also become avid stamp collectors and it is estimated that around a third of all the stamp collectors in the world are now in China. In China, stamp auctions have become big business and attract huge interest, all of which have a bearing on rare stamp values.

Of course it is also the stories that are associated with rare stamps that add value. Stories such as the 1c Magenta being found by a schoolboy in 1873 and ending up in a collection owned by John Du Pont, a previously convicted murderer. There is also the debate about whether the ‘Treskilling Yellow’ is a forgery that keeps collectors intrigued.

This is what makes stamp collecting such a great hobby. You never know what might turn up in a collection and where the next fortune might be made!