Royal Mail has a long tradition of honouring the best that the United Kingdom has to offer. Postage stamps that feature famous national landmarks are an opportunity to celebrate all the iconic places – both man made and natural – that have shaped our past and continue to inform the present. From castles and historic houses to forests and lakes, these are the locations that make us what we are and attract millions of visitors every year.

An A to Z of famous landmarks

In 2011, the then Prime Minister David Cameron and Palace of Westminster postman, Martyn Hardy, launched the first 12 stamps in an alphabet series celebrating the most recognisable tourist hotspots in the country. Covering letters A to L, the series was launched on the steps of Downing Street – the ‘D’ in the initial set.

The following year, the remaining stamps – covering M to Z – featured landmarks including the Tyne Bridge, York Minster and the White Cliffs of Dover. ‘X’ proved tricky but eventually designers settled on ‘Station X’ – the codename given to Bletchley Park during World War II and the place where a team of the nation’s finest minds cracked the Enigma Code.

Castles are a favourite theme and have in fact been used to create two definitive series of stamps. Both series feature four castles from each of the four countries which make up the United Kingdom, with the first issued in 1955 and the second in 1988, based on a series of photos taken by Prince Andrew.

Meanwhile, both Hadrian’s Wall and Stonehenge took pride of place in a special edition of stamps to honour World Heritage Sites in 2005.

To celebrate the centenary of the Forestry Commission, Royal Mail has recently created a six-stamp special series featuring scenes of stunning woodlands from England, Wales, Scotland and Northern Ireland.

Coed y Brenin, near Snowdonia National Park, is one design while Sherwood Forest, in Nottinghamshire, pays homage to the site’s historic oak trees and conifer plantations.

Other woodlands in the series include Glenariff Forest Park in County Antrim, Glen Affric in Inverness-shire and Westonbirt, The National Arboretum, the Forestry Commission’s flagship collection.

Understanding what you have

If you would like to request a valuation of your stamp collection, just get in touch with us and we’ll be happy to answer your questions and provide more information. 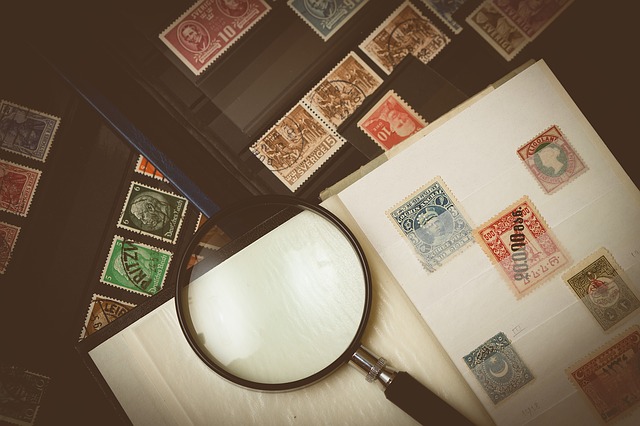 Tony Lester’s next stamp auction will be held on November 17. For more information, here’s how to contact us to speak to a member of the team.