In celebration of David Bowie

In celebration of David Bowie

The death of David Bowie shocked everybody last year and, in celebration of his extraordinary career, the Royal Mail have taken the unprecedented step of dedicating an entire stamp issue in his honour, the first time that this has ever been done for a single music artist. 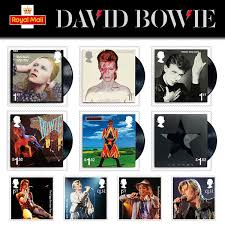 With 10 stamps in total making up the collection, the images will feature landmark moments in Bowie’s career including live photos from the Ziggy Stardust tour in 1973 and the Stage Tour in 1978. Many fans will have their own personal favourite periods of Bowie’s back catalogue, whether it’s the Space Oddity days, the Thin White Duke period or the early Ziggy Stardust years. The Royal Mail have tried to reflect the various personas that Bowie created as well as including some of his iconic album covers such as Heroes, Aladdin Sane and Hunky Dory.

Speaking about the collection, Philip Parker from the Royal Mail, said : “David Bowie was at the forefront of contemporary culture and had influenced successive generations of musicians, artists, designers and writers.”

David Bowie’s critically acclaimed last album ‘Blackstar’ will also be featured on the stamps which will go on sale on March 14th. Demand is likely to be high with David Bowie fans eager to add to their memorabilia. David Bowie would have been 70 this year and the stamps are a fine tribute to such an important and much-missed artist.

Tony Lester do not claim to own the image used in this article.